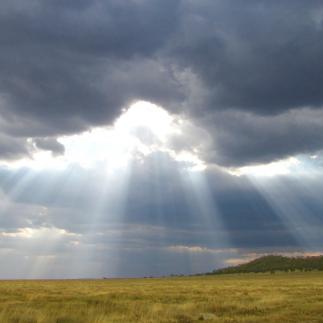 The 2021–22 academic year was profoundly challenging for California schools. Eight critical issues emerged as serious threats to student learning, the operation of schools, and even  the very institution of public education: (1) gun violence, (2) politicization of and support for  public education, (3) controversy over what is taught in schools, (4) student learning and well-being, (5) declining enrollment, (6) teacher shortages, (7) college affordability, and  (8) long-term funding inadequacy and instability. These issues also present a threat to equity because they disproportionately affect the most marginalized communities, exposing long-standing systemic inequities in education and creating new gaps in opportunity and access. It is against this backdrop that PACE and the University of Southern California (USC) Rossier School of Education fielded our annual poll of California voters in July 2022 on their opinions of and priorities for public education. Our top findings related to major threats facing public schools included the following:

For the fourth consecutive year, “reducing gun violence in schools” was the top-rated education issue for California’s voters. When presented with an array of policy proposals that schools might pursue to address the risks of gun violence, voters expressed the most support for policies that would require more reporting about potential threats as well as a wide range of “school hardening” policies (e.g., “installing metal detectors” (77 percent), “hiring additional armed security” (70 percent), and “limiting the number of [school] doors and entryways” (69 percent)). They were also strongly in favor of nonschool gun policies, such as expanding public support for mental health.

2 Politicization of and Support for Public Education

3 Controversy Over What Is Taught in Schools

The issue of parental preference in schools centered on curriculum in the 2021–22 academic year, with major conflicts arising in California and nationwide around such topics as mathematics, the role of race and racism in US history, and sex education. Here in California, 64 percent of respondents stated that schools should spend more time teaching grade-appropriate lessons about the causes and consequences of racism and inequality. Sixty-five percent of respondents supported California’s  recent ethnic studies requirement, though Republicans were less supportive than Democrats, and White voters were less supportive than voters of color. However, the majority of respondents agreed that “parents should be able to opt their children out of books assigned by teachers if they think the content is inappropriate,” with Republicans 72 percent in agreement and Democrats 43 percent in agreement. At the same time, voters largely disagreed that “books containing content that some parents find inappropriate should be removed from school libraries.”

Negative impacts on student learning and declines in student wellness have been top concerns of policymakers at the federal and state level during the COVID-19 pandemic, which is why billions of public dollars have been directed to public schools to address these issues. Indeed, California’s voters reported strong concerns over the pandemic’s impact on students’ emotional and mental health, about students falling behind academically, and about the unequal impact of the pandemic on students of different economic and racial/ethnic backgrounds. Further, most respondents agreed that California’s school closures “caused social and emotional distress” and “caused children to fall far behind in reading and math.” In contrast, the majority of parents stated that their own child’s academic performance, behavioral health, and emotional well-being are better now than they were before the pandemic. Reflecting the inequitable impact of the pandemic, parents of color, low-income parents, and parents in families speaking a home language other than English reported the most negative impact of the pandemic on their student’s academic performance and well-being.

California public schools saw a record drop in enrollment between 2020 and 2022. This poll sheds light on why California parents moved their children to different schools during the past 2 years. Among parents surveyed, more than one quarter reported having switched their child’s school during the pandemic. The main reason parents cited for switching schools is wanting a different educational experience for their children (38 percent). This was followed by dissatisfaction with the COVID-19-related safety measures at their child’s school (31 percent). Parent responses indicate that among families that switched schools, most switched from traditional public schools to public charter schools. This finding is consistent with an 8 percentage point increase in general support for public charter schools among voters from 2020 to 2022, and an increase of 16 percentage points among parents. Our results indicate that enrollment may continue to decline: an additional 28 percent of parents are considering a school change in the near future.

While teacher shortages have been a concern in California for many years, the issue has become  more acute because of COVID-19’s increased pressures on educators. Forty-three percent of voters rated the teacher shortage at the top of their educational concerns—an increase from last year,  when only 35 percent of voters rated the shortage as a top concern. Voters in households earning less than $35,000 were the most likely to report this as a top priority (54 percent), versus voters in the top income bracket (27 percent). Voters and parents continued to support teachers unions’ impact on K–12 education in the state throughout the pandemic, with 50 percent of voters overall and 69 percent of parents reporting that “California teachers unions have a positive impact on the quality of education in K–12 schools in California.” Most notable is the significant increase in support for teachers unions  among parents between 2018 and 2022 (+11 percentage points).

The average cost of college has been rising for decades, but concerns about college affordability have become especially troubling for families in 2022 as rising college costs, inflation, and student loan  debt has made paying for college an larger and larger burden for many families. California voters ranked college affordability as the second most important educational issue facing the state, after reducing gun violence in schools. Fifty-seven percent of parents are worried about having enough money to pay for their child’s college education. Black parents were the most worried, with 75 percent indicating they were at least somewhat worried, compared to 63 percent of Latinx parents, 52 percent of Asian American parents, and 51 percent of White parents. Despite the overall level of concern about college affordability, an overwhelming 92 percent of parents still considered college to be a good investment  in their child’s future; this support holds across groups.

California’s public school systems have weathered the COVID-19 pandemic, but not unscathed. The pandemic has exposed and exacerbated what have long been vulnerabilities and fissures in the state’s public education system. At the same time, California voters and parents remain committed to public education and are supportive of schools and educators. Thus, as students return to school this fall, California’s leaders must redouble the state’s commitment to a “restorative restart”—to work toward a vision of thriving public schools across the state in which all students have the support and opportunities they need to achieve their full potential. With the support of the majority of Californians, the work of COVID-19 recovery for public schools will be the work of stewarding resources to implement programs and practices that enable all students to thrive, particularly low income students, students of color, and students learning English—those who have been disproportionately impacted both by the pandemic and by related education disruptions. California’s leaders must also commit to strengthening systems  to ensure quality in all schools, in every district, and for every student.

This document summarizes the main findings of the report Assessing Voters’ and Parents’ Perspectives on Current Threats to Public Education: The 2022 PACE/USC Rossier Poll. The full poll results, including toplines and crosstabs, can be found in the Poll Archive.