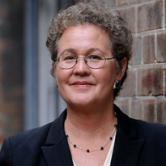 Linda Darling-Hammond is the president and CEO of the Learning Policy Institute and the president of the California State Board of Education. She is also the Charles E. Ducommun Professor of Education Emeritus at Stanford University, where she founded the Stanford Center for Opportunity Policy in Education and served as the faculty sponsor of the Stanford Teacher Education Program, which she helped to redesign. Dr. Darling-Hammond is past president of the American Educational Research Association and recipient of its awards for Distinguished Contributions to Research, Lifetime Achievement, and Research-to-Policy. She is also a member of the American Association of Arts and Sciences and of the National Academy of Education. From 1994–2001, she was executive director of the National Commission on Teaching and America’s Future, and in 2006, was named one of the nation’s ten most influential people affecting educational policy. In 2008, she served as the leader of President Barack Obama’s education policy transition team. Among her more than 500 publications are a number of award-winning books, including The Right to Learn, Teaching as the Learning Profession, Preparing Teachers for a Changing World and The Flat World and Education. She received an Ed.D. from Temple University.

California’s Special Education Teacher Shortage
California is in the midst of a severe special education teacher shortage that threatens the state’s ability to improve outcomes for students with disabilities, who often have the greatest needs but receive the least expert teachers. To help…

Teacher Supply Falls Short of Demand in High-Need Fields, Locations
California is experiencing one of its most severe teacher shortages1 in two decades. Budget cuts and layoffs resulting from the recession contributed to a steep decline in the number of teachers in California, falling from a high of 310,362 teachers…