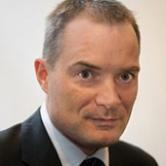 Clive Belfield is professor of economics at Queens College, City University of New York. He is principal economist at the Center for Benefit-Cost Studies in Education, Teachers College, Columbia University. He has authored three books and numerous articles on the economics of education; in addition, he has served as consultant to the World Bank, the U.S. Department of Education, and the British government, as well as to nonprofit foundations and education think tanks. Belfield has been an expert witness in state constitutional court cases on educational adequacy. He received his PhD in economics from the University of Exeter in England.